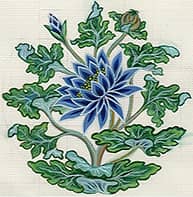 GTi’s three, possibly four, centrally located, high bluff unobstructed view lots in north Edmonds, Washington … possibly four fifths of Greenness, the privately shared residential park that His Eminence Ngawang Migyur Rinpoche, his grandnephew Gnendak Shak, and Mariam and I invested more than twentyfour years and $1.9 million to find, purchase, design, permit, develop, maintain, and market were ultimately repossessed. Lot B was taken on February 15 and lots C, D, and E on June 21, 2014. Less than $500,000 was needed to redeem the last and best two - possibly three lots but Mariam and I didn’t have the money and I couldn’t find a buyer, investor, lender, benefactor, family member, Sangha member, or friend who was able and willing.

Most of our obstacles were well beyond any one person’s understanding, control, or influence, but personal and cultural shortcomings, serious character failings, and actual misdeeds are also to blame. This short telling of the fascinating story necessarily leaves much untold and while time absorbing and often arduous to write, it reveals much about ourselves and I hope to tell more of it later. It’s also not over. Despite our many painful setbacks and losses, important accomplishments were realized and it’s still too soon for me to fully understand and judge what happened. We realized influential works of enduring value, but Rinpoche nearly died and is still seriously disabled. Little of our work was realized, we lost our families’ fortunes, and Rinpoche’s was badly needed by his many monks and nuns in Tibet and India.  The tragedy and its consequences are inescapable, and I pray for the compassion, wisdom, and courage to understand, forgive, and help heal our many wounds.

When the property was purchased, Greenness seemed generously blessed with high promise. Along the way, many ordinary and not so ordinary obstacles and hardships became increasingly more difficult to bear and overcome.  After winning the neighborhood’s unanimous support and the Hearing Examiner’s approval of a crucial street standards variance, GTi and the Lehns won the subdivision of their 2 lots into 4, GTi completed the public street’s and Greenness’ costly long-term improvements, and the Lehns accepted the ongoing and uncompensated but often rewarding burden of the park’s long-term care and maintenance.

Once Rinpoche saw the site developed, he didn’t want to sell it.  In late July 1997, internationally renowned, Tibetan recording artist, Dechen Shak Dagsay and her two daughters, Yuri and Tara, traveled from their home in Switzerland to see the sights and visit friends and relatives in the United States. Towards the end of their travels, Dechen’s husband, Dr. Kalsang Shak, joined his family for a week’s visit with Migyur Rinpoche in the Pacific Northwest. Their visit coincided with the long-awaited completion of much of Greenness’ newly added landscaping and the paving of the much-improved street and part of Greenness' private road. Suddenly the park looked and felt much more complete and everyone was invited for a celebratory evening and dinner together at Fire Pit Point. During her tour of Greenness, Dechen told Rinpoche that such a site would easily cost $12 million in Switzerland and that he should build his family's house on top of the ridge near the street and a small meditation retreat center near the pond.

Rinpoche loved the idea and soon after the Shak Family’s visit, Rinpoche returned to Taipei and Yun Ling to help direct construction of the expensive finishing stages of Taiwan’s first monastery of Tibetan Buddhism while Lehn began preliminary design drawings for Rinpoche's new residence and meditation retreat center at Greenness. With the City’s approvals of the street Variance and Short Plat permitting GTi and the Lehns to subdivide their two lots into four and GTi's subsequent transformation of the overgrown and long-neglected neighborhood dump site into an unusually beautiful residential park, GTi's efforts to rescue more sensitive sites seemed generously blessed with extraordinary promise. 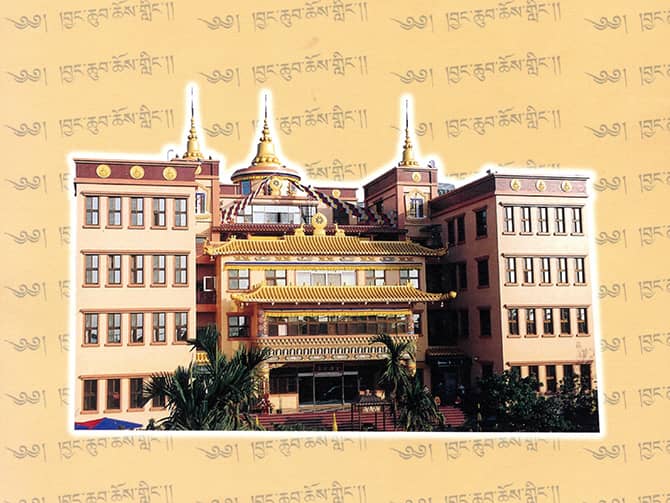 Unfortunately?, Rinpoche's, the Lehns' and GTi's plans were soon overwhelmed by the "Asian Financial Crisis", which suddenly compelled some of Rinpoche's most devoted and affluent followers to suffer serious financial losses and hardships. Caught between the higher than expected cost of completing Taiwan’s new monastery, many of its members' serious financial losses, and His Holiness the Dalai Lama’s planned visit and consecration, the faithful were severely tested. Given the sudden shift in their community’s circumstances, Rinpoche and his closest benefactors had no choice but to contribute a much larger than anticipated share of the costs. Personally much poorer and emotionally exhausted by his anguishing but ultimately successful struggles to help his Taiwanese followers realize their new monastery, Rinpoche returned to the Pacific Northwest to behold his next challenge, the ruinous spectacle of Greenness’ massive landslide.

On Friday, February 13, 1998, following a prolonged period of record rains, Greenness suffered a massive ~600-foot-long landslide. While only a very small part of Greenness was disturbed directly, the slide's lasting effects have been profound. The disturbance itself only extended up to the property's southwest tip and was stopped by the steel reinforced concrete pad and piles that GTi built for Greenness' future view pavilion. There was a large, ~ 2 to 3-foot round hole in the face of the scarp from which large volumes of water finally burst forth and flowed freely.  Curiously, the flow's volume was not constant as rain migrating from the surface would have been. Instead, it increased and decreased in a direct "pumping" response to each period of rain fall.

Before buying the property, Lehn couldn't find any record of a previous slide along Greenness' part of the bluff and the City's own slump tests of the entire Meadowdale bluff region assigned it only a 5% probability of hazard, the study's second lowest rating.  After examining the City’s files, Lehn discovered evidence that a former City Engineer had directed the developer of 22 homes above Greenness to build a large, industrial scale storm water infiltration system 25 years earlier.  Behind a compacted earth dam, 12’ x 100’ of 8" to 10” cracked rock ~ 2’ deep overlaid compacted sand 40 to 50 feet deep, which overlaid impermeable glacial till along the bottom of a ravine since overgrown with blackberries and hidden from view.

Since the City kept few records of the infiltration system’s installation, the City’s current staff knew nothing about it. Presuming the ravine simply conveyed rather than infiltrated the water, the current City Engineer directed even more storm water from Greenness' newly widened street to join that from the other streets and driveways above already draining into it.  Eventually, an eroded channel sat like a hidden water cannon at the contact plane between the compacted sand and the impermeable glacial till. When it finally precipitated the landslide, it was infiltrating storm water collected from over 2 acres of impervious surfaces.

Fearing the likely consequences of their own as well as the City’s considerable liabilities, the City Engineer and his assistant stubbornly refused to help investigate what caused the landslide or to even acknowledge the significance of the evidence already discovered.  Meanwhile, the City's hidden infiltration system continued to destabilize the bluff and a crack opened on the other side of Greenness’ part of the bluff that threatened a home below.

There had been a record number of large landslides and clean ups that year and the City Engineer and his assistant suddenly found themselves working much harder for many more days of much longer than normal hours. Every day was stressful and the very simple and basic question raised by GTi’s investigation posed too many risks … serious risks that their time and the Departments of Engineering and Public Works’ already underfunded budget might suffer even greater strains, risks that their own as well as the City of Edmonds’ lasting professional reputations might be forever stained, and of course there was also the risk that a very hefty price would be exacted from the public’s treasury as reparations for the profound and lasting damages caused by the former City Engineer’s foolishly conceived and poorly documented storm water infiltration system as well as the current City Engineer’s and his assistant’s decision to drain even more storm water into the ravine, and their repeated efforts to resist, obstruct, and mislead GTi’s investigation.

Whenever Lehn tried to present and discuss his discoveries and ask for their help, the City Engineer and his assistant arrogantly dismissed the improbability of Lehn’s theory and rejected any real effort to consider and discuss the new evidence with open minds. Given their hostility towards Lehn and the still unanswered questions that had been raised, GTi commissioned Associated Earth Sciences, one of the region’s most respected hydrogeology and geotechnical consulting firms, to conduct a Fluorescein dye test to determine, once and for all, if there had been a connection between the City’s storm water infiltration system and the landslide. The surprisingly short time it took for the dye to travel ~ 600 horizontal feet from the ravine across the street to the large hole in the scarp confirmed the Lehns’ suspicions of a very direct connection with minimal resistance. Unfortunately, the City Engineer and his assistant continued to dismiss the test’s findings and adamantly refused to admit any culpability that could compel the City to share any of GTi’s costs.

Once again, Rinpoche’s expenses were rising faster than he could pay them. To help recover the landslides’ significant costs, Lehn sought help from an attorney known to have won several landslide related lawsuits including some against cities.  Unfortunately, the basic nature of the conflict changed dramatically as soon as she got involved.  Edmonds belongs to a pool of municipalities that insure themselves. That pool is defended by a well-established law firm whose principal mission is to fight claims against cities. Presuming GTi and/or its neighbor’s insurance company would almost certainly sue them for as much as they could, Edmonds’ legal team instinctively joined a presumed battle to either win it or substantially reduce its cost. When they realized GTi’s claims and dye test were incontrovertible, they decided to make any thought of an effective legal contest prohibitively expensive by deliberately wasting Lehn’s and GTi’s time and money. They claimed to take several vacations, which repeatedly interrupted and delayed any progress and typically compelled GTi to suffer the ongoing frustrations and expense of ever more telephone calls and letters from their attorney pressing the City’s attorneys to move things along. The City’s attorneys also scheduled more geotechnical tests that took even more time to further document what was largely already known. Worst of all, they deliberately and cynically misrepresented the substance of Lehn’s discoveries and GTi’s claims to sow more confusion and waste more time … all to undermine GTi’s progress, make the process slower and more expensive, and weaken Rinpoche’s and Lehn’s resolve rather than to help them eliminate a terrifying danger the City had caused and that continued to threaten the lives and property of those living below the bluff.

Despite the enthusiastic recommendations of GTi’s attorney, who knew GTi had more than enough proof to win a significant settlement, Migyur Rinpoche was simply not willing to sue the City of Edmonds. Without the threat of a lawsuit and no other way to get the City Engineer and his assistant to take effective action, Lehn wrote a letter to the Mayor and threatened to give his story and dye test to the local press.  Soon afterwards, the City Engineer decided the City needed a fill site for soils it had previously excavated from other locations and without admitting any fault, agreed to intercept the infiltration system with a 2-foot round pipe. Fortunately, Mariam Lehn insisted that it be tested because the City’s first pipe leaked at every 20-foot joint and had to be replaced.